What’s ‘WSOP 2018′? Or should I ask, what is the world series of poker? It’s an annual event which took place for the 49th time this year in 2018. This year, the event began on May 30th and continued until the 17th of July. The city where the event took place was Las Vegas in the state of Nevada, USA. The venue was the Rio All Suite Hotel & Casino. A large number of poker players from every corner of the globe participated in the event. The main events in the series were streamed live on ESPN as well as Poker Central. The main event, the $10,000.00 No Limit Hold’Em Main Event, started on 2nd July. It finished on the 15th of the same month. All in all, there were 78 bracelet events, which was a record number. The World Series of Poker Bracelet is the most prestigious non-cash prize in the world of poker. So, many poker players and fans were trying their luck this year. It’s true to say that the World Series of Poker annual event is the highlight of the year. For those members of the community who eagerly await it throughout the year. 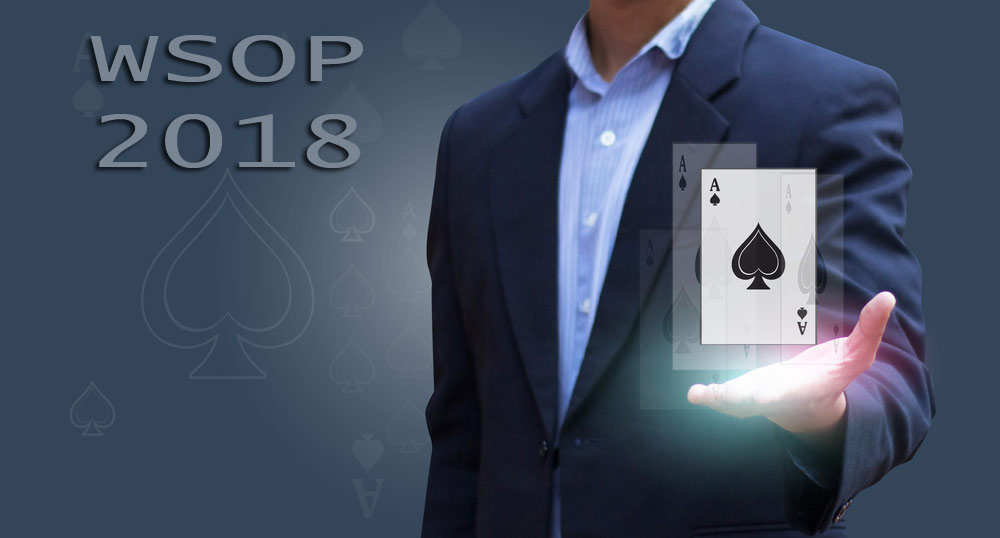 What is the World Series of poker?

So what is the World Series of Poker? Known this year as ‘WSOP 2018’? It is the annual event which is, quite simply, the highlight of the poker community’s year. No sooner is the event finished for one year when the preparation for the event for the next year begins. The event hosts a large number of delegates and games and spreads itself over a period of around six weeks. So a lot of preparation and planning goes on, to ensure that things go off without a hitch. But it’s always worth it. Most of the poker players who attend enjoy it thoroughly and wouldn’t miss it for the world. If you look back into the past, into the history of WSOP, you will find that the preparation for this event is always intense. Also, the World Series of Poker continues to grow in popularity with each passing year.

When it comes to the subject of ‘what is the World Series of Poker’ or WSOP 2018, it’s necessary to go back to the past. We must understand the origin of the event to be able to understand its significance today. The World Series of Poker has evolved in many ways over the years. In 1969 in San Antonio, a small, ‘invitation-only’ event was held, in which seven poker players played a tournament. This event was the beginning of the annual event which would ultimately decide the world poker champion. To this day the winner of the main event at the World Series of Poker event is considered to be the world poker champion. Winners of tournaments are usually given a bracelet as well as a cash prize. Since the WSOP event was acquired by Harrah entertainment from Binion’s horseshoe in 2004, it has been held at Las Vegas. Different kinds of poker are played at the event, but Texas Hold ‘Em is the main one. From a small, annual event, the event now hosts thousands of players. While players come from all over the United States, many international players come too. This makes the WSOP 2018 a truly international event For some years, the main event of the WSOP was played in November. But now, for the last few years, the main event winner is crowned in July. This is how the WSOP has evolved.

This year’s winner of the main event is John Cynn. He seems to have appeared out of nowhere, but you can be sure that this win has happened as a result of years of dedication and practice. This can’t be only the beginning. This champion is talented and will probably be around for a while. Two of the most decorated champions in recent times include Phil Hellmuth. During his poker career, he has won many awards. His proudest achievement however, is the fact that during his poker career, he has won not less than fifteen bracelet awards. No-one comes close to him in this regard. Other great WSOP winners are Johnny Moss and Stu Ungar. Both of them have three main events wins to their credit. As it begins its 50th year of existence, the World Series of Poker can look back on a half century of eventful and distinctive history. No doubt, the 50th event of WSOP will be something special to which poker players can look forward.