It comes as no surprise that Texas Hold’em has become the most popular form of poker played these days. It is a game that isn’t easy to master but is very simple to learn how to play. 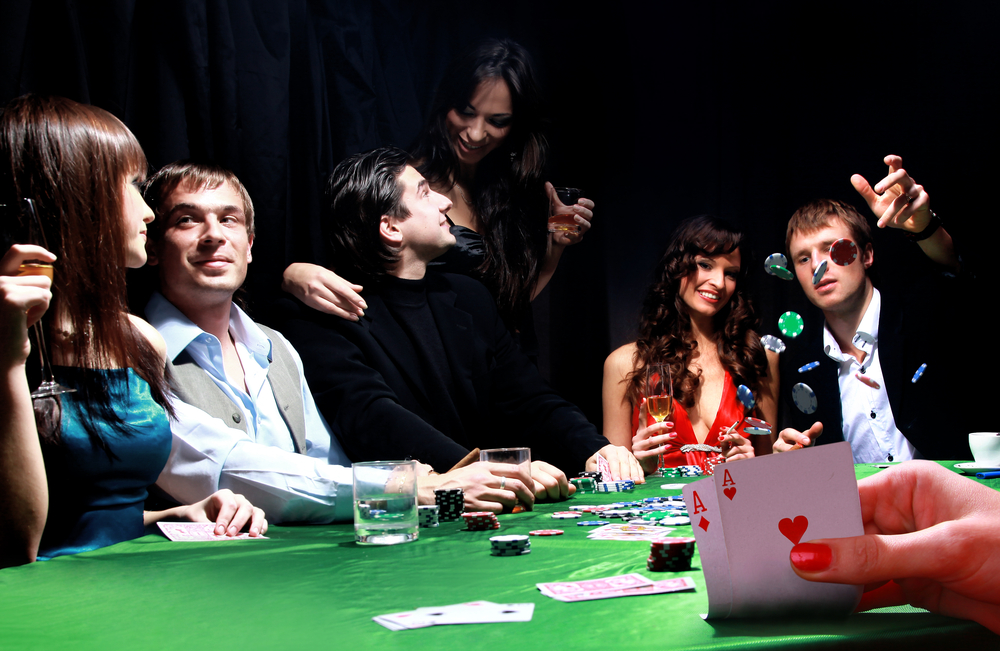 Whether you’re playing Texas Hold’em online, with a group of friends, or in a tournament, the dealer button will tell you who will be posting blinds and who bets first once each hand starts. For online play and organized tournaments, the dealer button is just there so that players know who will be posting the blinds, they do not actually deal the cards. In a friendly game, however, the player with the button almost always deals the cards.

Once the blinds are paid, each player is given two cards face down that only they will see until the showdown. These “hole” cards are used to start making your strategy for the hand.

After everyone receives their cards betting starts with the player to the left of the big blind player. Everything moves to the left in this game, so you’re going to want to get used to that. These first bettors options are to call, raise, or fold.

To call means that the player bets the same as the big blind, or later on, pays the same amount as the last bet.

Raising just means to bet an amount more than the big blind, or later on, more than any other bet on the table.

To fold, a player simply hands in their cards, still hiding the values from the other players and quits out on the hand. This is a good strategy to use if you have low and off suited cards that are too far apart to chase a straight with, and unless you’ve had to pay a blind, it won’t cost you anything, you can just try again next hand.

Another option, which can start with the big blind player is to check. This can be done when you have already paid the amount of the current highest bet, and lets you see the rest of the betting round for free.

With the first betting round finished, our look at Texas Hold’em rules now moves onto the “flop”. This round begins with the dealer “burns” the top card, which is just removing it from the deck and keeping it face down. Then the dealer places three cards in the middle of the table face up, these are community cards which all players will now use to try to make the best poker hand. There is another betting round that starts with the player to the left of the dealer’s button that hasn’t folded.

Next, comes the turn, in which the dealer burns another card, then deals one face up to the middle again and another betting round commences.

The next round is called the river, where another card is burned, and the last face up card is dealt to the middle. Another betting round takes place with the same rules as the others and we move on to the showdown if there is more than one player remaining.

The showdown has all remaining players, starting with the closest player to the left of the dealer’s button revealing their cards. The player with the best five-card poker hand using their own cards and three from the middle takes the pot, which is all of the bets from the hand.

The dealer button now moves one player to the left, and a new hand begins.

The two main variations to Texas Hold’em rules comes down to whether you want to play No Limit Hold’em, which is by far the most popular form of Texas Hold’em online, or Limit Hold’em. The difference between the two games only has to do with betting. In No Limit, a player can go “All In” or use all of their chips to bet or raise with, while in Limit Hold’em, the maximum bet is agreed upon before the game starts, and is usually an equal amount to the big blind.