Seven card stud poker game is a classic one that follows the Limit betting structure where the bets are usually in fixed increments. This game can take most players a very long time to master. During the game, players are dealt seven cards all through the hand and the winner is determined by the leading five-card poker hand attainable for every player. During the game, the player can either bet, check, raise, fold, or call. 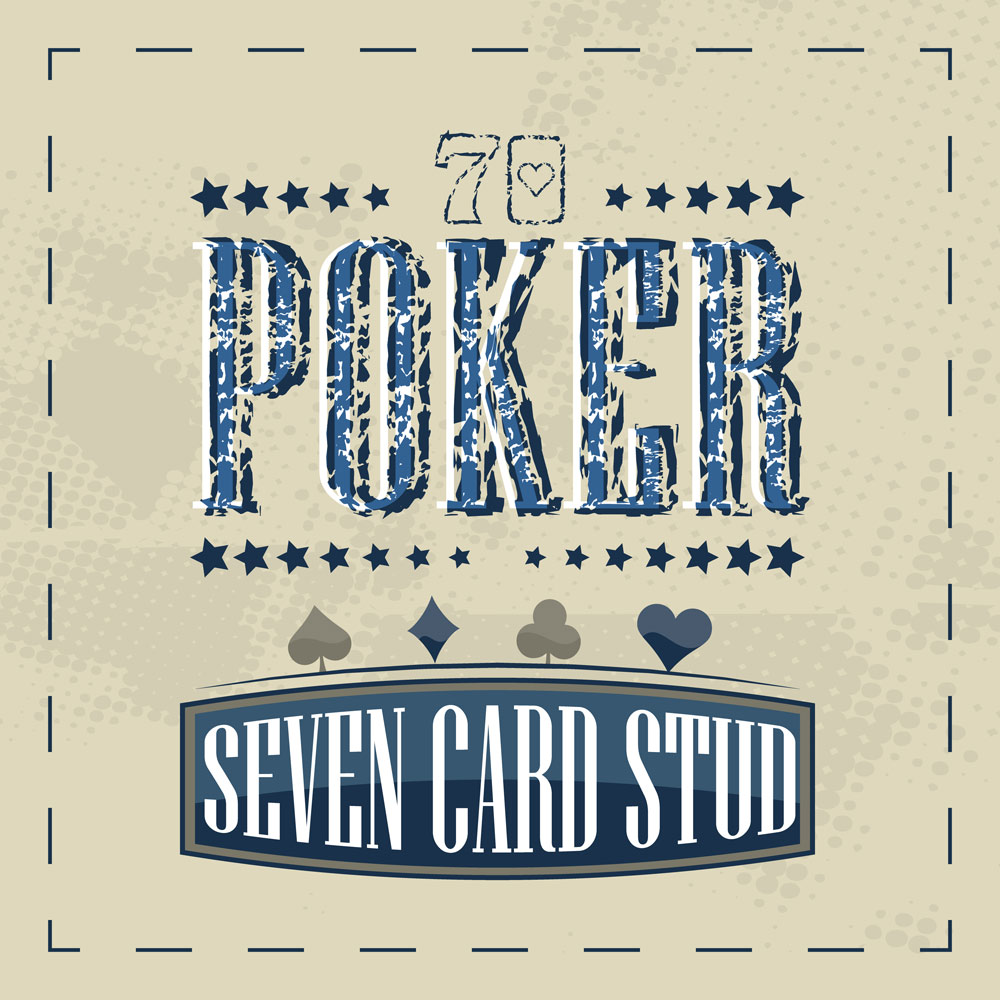 Seven card stud poker is a distinctly strategic game that needs a great deal of discipline and skill. It also requires you to play tight and aggressively in addition to balancing multiple concepts like balancing bluffs with solid play. Now let’s get on with the rules.

Prior to beginning a session of Seven Card Stud, all the players ante a small sum -the exact sum is dependent on the game, it is shown in the title bar of the table. This represents the cost of dealing you into the hand.

The Third, Fourth, and Fifth Streets.

First, every player is dealt 3 cards, one face up and 2 hidden hole cards during the third street. The player with the lowest card revealed, also called the bring-in, is the one who has to start the action. The bring-in has to either make a new formal bet or choose to make a full bet for the lower betting increment. The action then goes on in a clockwise manner around the table until the point that wagering is finished for that round.

In the Fourth Street, every player is given another exposed card known as the Fourth Street. The player who has got the biggest poker value card revealed acts first. A pair of Kings, for example, would allow one act first in case there is no other player with an exposed pair of Aces or even better.

During the Fifth Street, players are given another card called the Fifth Street and again, the player who has got the biggest poker value card revealed acts first. A round of betting takes place. Beginning with the Fith Street followed by the entire coming hand, all the bets are placed in big bet increments.

The River and The Showdown

This is also the Seventh Street and is where each player receives the final card dealt face down, the card is only known to the player whom it is dealt. The player whose exposed cards show the highest value acts first. The final betting round follows and a showdown is reached if two or more players still remain.

During the showdown, the last raiser or bettor reveals their cards first but if there wasn’t any bet in the course of the last round, a player on the first seat reveals their cards first starting with seat 1 then 2 to the last one. More hands during the showdown are exposed in a clockwise fashion around the table and the players who ends up with the leading five card hand becomes the winner of the pot. In case there are identical poker hands, the pot is divided equally among the players who have the leading poker hands. A new game can then be played after the pot is given.

Seven card stud poker is a relatively difficult game to get along with hence it can take players a lot of effort and time to master. To make your work easier, it is important that you learn some of the necessary seven card stud tips, strategies and the common mistakes to avoid.

To begin with, you need to always maintain a strict hand selection, have the ability to read your opponents, be able to remember other players` up cards, and utmostly be able to wait for the best hand and avoid chase with second-best hands. These are the key skills that will lead you to be a prosperous Seven-Card Stud Player. When playing the Limit Seven-Card Stud poker, always choose the right starting hand in every situation. You should also determine your options quickly, avoid calling lest you have a substantial reason, and raise with your strong draws.

Finally, avoid mistakes. Mistakes include failing to fold at the right time, not folding on the Forth Street if the card does not lead to a strong poker hand, failing to keep track of the live cards, and lacking bankroll management skills. To better manage your bankroll, do not chase your losses and do not bet more than you can afford.